What kind of person was Bartolomeo Vanzetti? According to the people who knew him, he was kind, courteous (especially to women), loved children; he was a talker, a dreamer (“he should have been a poet,” a friend said), a bachelor (the woman in his life would remain his mother), self-educated, a letter-writer, a reader who carried his books with him everywhere, a public speaker at anarchist meetings.

My sense of Vanzetti as a human being, the basis for the ‘character’ I created for him in my novel “Suosso’s Lane” was heavily influenced by what I could learn from those who lived with him, and knew him, and in some cases loved him, before the Sacco-Vanzetti case turned him into a public figure.

Their recollections of Vanzetti and testimony to his character are found in oral histories and books on the case such as Francis Russell’s “Tragedy in Dedham.” Chief among those who knew him in Plymouth are the members of the family he lived with, the Brini family of Suosso’s Lane in North Plymouth. The richest source for their memories, and for other contemporaries of Vanzetti, is “Anarchist Voices: an Oral History of Anarchism in America,” by historian Paul Avrich, published in 1995.

The book includes interviews with of the Brini children, Beltrando and Lefevre. They were children when Vanzetti came to live with them, though advanced in age when they were interviewed for Avrich’s “Oral History.”
Beltrando Brini, who states that Vanzetti regarded him as his “spiritual son,” was six years old when Vanzetti came to stay for a night. His parents owned a house and took in wayfarers. “Vanzetti came for a day,” Beltrando recalled, “…and stayed for four years.”
Here is some more of what Beltrando says in the interview for “Anarchist Voices.” Beltrando’s father, Vincenzo, worked for the Plymouth Cordage Company, the world’s largest ropemaker. His highly demanding job was to take bales of sisal and feed them into a machine. His mother, Alphonsina, worked at Puritan Mills as a “specker,” picking out threads from woven textiles. When someone needed a place to stay people would be told “go to the Brinis.”

“The Italians were despised by the Yankees, who treated them as second-rate citizens,” Beltrando states, “as the Negroes were treated in the South.”

Vanzetti “treated us with love and respect… He loved nature, flowers, the sea with the same unadulterated love.”

His influence was lifelong, Beltrando states. Vanzetti’s talk and actions “established values and virtues that have stayed with me all of my life.” Since the boy’s bedroom was next to the kitchen he would listen to his father and Vanzetti talked “about what anarchists talked about… the relative merits of syndicalism, individualism and communism. And I can still recall their conversations.”

Vanzetti had “no love affairs, no women friends,” Beltrando states. Also: “He had no sense of money, no interest in it.”

As for his weaknesses, Vanzetti “believed in the perfectibility of human nature,” Beltrando states. “…That was his blind spot.”

These are a boy’s memories. Beltrando was still a young teenager when Vanzetti was taken from him, forever, by the arrest that began the famous case and his long imprisonment. An adult may have remembered him differently, but it’s my experience that how people behave toward children tells us a lot about them — about their heart and, as Beltrando says, their “values.”

Beltrando’s older sister, Lefevre (called Faye) has an even more idealized image of Vanzetti, whom she “loved” like a family member: “To know him was to love him.”
Some memories of his role in the life of the household: Vanzetti would take the children “to gather mayflowers and violets, blackberries and raspberries.” They “picked up coal on the railroad tracks.” Even the neighbors, “devout, conservative” people, thought well of Vanzetti.

When government agents came to the Brini house to see a letter Vanzetti had sent them from Mexico, Faye hid it from them, knowing that the agents did not mean him well even though it was only afterwards that she learned that Vanzetti had gone to Mexico “to escape the draft.”
She loved him, Faye tells her interviewer, and missed his presence in her household once he was gone.
“I missed him, making his bed and taking care of his clothes…He was so gentle, so good. He helped people, not hurt them.”
She also shared her feelings about the famous trial in which she testified for the defense. “I hated Katzmann [the prosecutor]. He bullied me.” She recalls that she was at home on the day of the Braintree crime (April 15, 1920) because her mother was convalescing after an operation. That was how she met the salesman Rosen whom Vanzetti brought to the house to speak to Alphonsina, his cloth expert.
“It was a Friday. And Vanzetti had fish for us that day.”
Lefevre’s memories of being bullied in the courtroom by the aggressive Katzmann make their way into my treatment of the Sacco-Vanzetti trial in “Suosso’s Lane.” So does Vanzetti’s sharing of his love of nature with the children, his neglect of money, his generosity even to those he did not know well, his escorting of the children to the Cordage Workers’ Library to share his love of learning. The day Vanzetti arrives at the Brini home on Suosso’s Lane, the newcomer pays a kind attention to a distraught little boy in a scene I have wholly invented.
Invented, yes, but in the spirit of Beltrando and Lefevre’s memories of a gentle, compassionate soul who loved people and believed the world could be a better place. That’s how stories happen. They grow from clues that lead the way to some essential truth, like bread crumbs dropped by children. 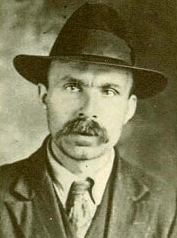