John Adams thought that Independence Day should be celebrated on July 2, not the traditional date given national holiday status, July 4. July Fourth marked the date on which the delegates to the Continental Congress in Philadelphia signed The Declaration of Independence, the document that contains the famous words about the equality of all human beings Americans are justly proud of.

But July 2 was the date the delegates from the 13 colonies voted to declare independence from Great Britain, culminating a year-long fractious, often hopeless-seeming debate between those who advocated for the bold and dangerous step of complete separation from Britain and those who held back. The momentous July 2 vote unanimously approved a resolution to declare independence.

July 2 was justly celebrated Saturday at the Adams National Historical Park by a performance of a new hour-long opera, “My Dearest Friend: The Letters of John and Abigail Adams” by Patricia Leonard. The words of the libretto, as Leonard states in the program notes, come from a correspondence of over a thousand letters maintained by America’s first “power couple.” 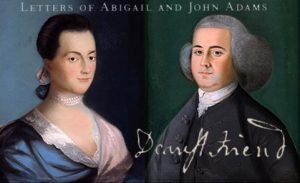