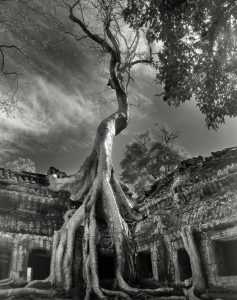 There’s a certain satisfaction in writing to order.

Here’s my first attempt at a “ghazal,” a form that is variously attributed to Arabic poetry, or Persian, or Urdu literature, depending on what reference source you look at. I can’t even find the online source I relied on six months ago when I decided to learn what this term meant. (Can it be that people are rewriting the Internet when we’re not looking?)

The notion I gathered then was that the form consisted of couplets, two-line stanzas in each of which the same phrase appears as a refrain.

The point, as I recall, was to build a structural unifying element into a poem that was allowed to range widely in subject matter. That is, your first couplet and your second couplet may not appear to be on the same subject, yet both will include the same refrain. Oh, also a minimum of five couplets. So, a relatively short poem may ensue, or a relatively long one.

When I searched today for a simple definition of ghazal, every discussion I found offered some other fillip. For example, a ghazal begins with “a rhyme followed by a refrain.” What exactly does that mean?

I did however find this intriguing statement: While rooted in seventh-century Arabia, the form gained prominence in the thirteenth and fourteenth century thanks to such Persian poets as Rumi and Hafiz. Since I have long wished to have something in common with Rumi — what poet does not? — I am cheered by the idea that a connection might be found in the achievement of the ghazal.

Here’s the beginning of “The Wind Speaks Up”:

All day so quiet I can hear the pages turning

Rumble of a distant train, till the wind speaks up

The guitars of the mind let the season unwind

Rapture of the sacred heart when the wind speaks up

You can read the rest of this short poem in the recently published third issue of the highly attractive South Florida Poetry Journal. Here’s the link:

Two other recent publications in visually attractive journals have points of origin in a structural or thematic “prompt.”

Postcard Poems and Prose last week published in its striking “postcard style” layout a poem that was based on a painting… after another poet had written a very good poem on that very work of art. In short, a twice-removed “response” poem.

The poem, titled “Rain. Steam. Speed” responds to a painting of a locomotive by Turner. You can read it here:

To read the poem by Sonia Greenfield that gave me this subject idea, go to:

For more on poetry, see my blog, prosegarden.blogspot.com.