↓
Home→Songs→Song Lyrics Are Writing and Dylan Is The Best

If song lyrics are a kind of literature, then the Nobel Prize Committee is right. Bob Dylan is a Nobel Prize quality songwriter. Frankly, measured against living American writers in any genre, whose voice has had a bigger impact?

Novelist Michael Chabon made the case a a few years ago in an essay published in “The New York Review of Books” that song lyrics are a kind of literature. Not the same kind as poetry, and they live harnessed to their music. But their own kind or category of literature. I thought that was a brilliant insight and still do. Has there really been a more influential American writer than Dylan in the last 50-plus years?

Chabon, the author of “Werewolves in Their Youth,” “The Amazing Adventures of Kavalier and Klay,” and “The Yiddish Policeman’s Union” — to choose my three favorites out of more than a dozen works of fiction — examines his own literary influences in the essay titled “Let It Rock.” He recalls receiving a book of song lyrics from an English teacher, in which he was happy to find the printed lyrics by songwriters such as Dylan, Joanie Mitchell and others. From this anthology of influential songs by Sixties-type songwriters he learned that the first line of Dylan’s fairly early lyrical ballad “Chimes of Freedom Flashing,” a song whose lyrics I’ve wrestled with myself, was actually “far between sundown’s finish an’ midnight’s broken toll”….that is, not “broken toe,” an image that had caused him some pondering. Now I kind of like “midnight’s broken toe” — you know, midnight stumbles out of bed and bumps into the china closet, causing a heavy earthen keepsake from an old potter friend’s first year on the wheel to fall off the shelf and land right on the toe. Some late nights feel that way…

Let’s be honest. Those of us who loved songs in our youth — whether ‘werewolvian’ or Wordsworthian — embraced what we were hearing even if we were not hearing it completely right.

Nevertheless, Chabon has a larger point to make: “Now when I think about [a teacher] and the book he gave me, back when he was trying to teach me how to be a poet, the question of whether or not Dylan’s lyrics are poetry feels irrelevant. Dylan’s lyrics are writing, and as writing they have influenced my own writing as much as if not more than the work of any poet,” apart from a special few. “In fact, song lyrics in general have arguably mattered to and shaped me more, as a writer, than novels or short stories written by any but the most crucial of my literary heroes.”

The key idea is that song lyrics are writing. They are a kind of literature that is not identical to poems written to be read by themselves, unaccompanied by the other elements songs are necessarily part of — the music, and the act of singing.

I want to make two other borrowings from Chabon’s marvelously predictive essay that bear on the question of whether the Nobel prize for “Literature” can reasonably be awarded to a songwriter. (If you want to read the entire essay here’s the link: http://www.nybooks.com/articles/2013/07/11/let-it-rock/)

He points out that song lyrics stripped of their aesthetic identity as songs and left naked on the page frequently fail to make the grade as poems:

“I saw that rock lyrics could not really be poetry because when you took away the melody, the instrumentation, and above all the voice of the singer, a song lyric just kind of huddled there on a page looking plucked and forlorn, like Foghorn Leghorn after a brush with the Tasmanian Devil.”

A sentence, if I may put in my two cents here, that shows a novelist’s flair for the kick in the pants life-giving image.

My last take-away from Chabon’s essay involves an admission that many (if not all) of us given a youth in the era of classic rock or its succeeding decades will probably cop to: committing to memory many more song lyrics than lines of ‘great’ poetry.

“Song lyrics [Chabon writes] are part of my literary firmware, programmed permanently into my read-only memory…. Not just words: writing. Tropes and devices, rhetorical strategies, writerly techniques, entire structures of allusion and imagery: entire skeins of the synapses in my cerebral cortex by now are made up entirely of all this unforgettable literature.”

This is simple truth. I can’t remember my own poems nearly as well as I can summon lines and sometimes whole verses and choruses of the songs consumed by a youthful psyche. Memory is a talent of youth. Particularly exact memorization. Knowing all or most of the words of a song that stirred us, and may still do, is a function of hearing them over and over again. But what else have young people done since the dawn of electronic media but play (or wait for) their songs and listen to and dig them again and again? In the days when the transistor radio was your only personal app you waited for the Top 40 station to play your song yet again. Then you switched to the next top 40 station on the dial in the hope of catching it there.

In the digital age, you already ‘possess’ this song somewhere and you play it whenever you’ve got a spare minute. If you have a lot minutes you are free (as Spottify, for one, exults) to play it “again and again and again.” 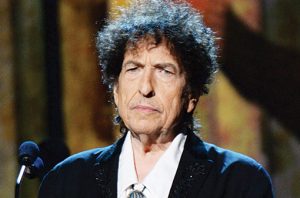