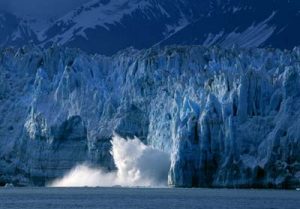 It’s still inconvenient. It’s still the truth. If anything, more studies, more data, and more direct observation of the polar ice caps have only caused climate scientists to fast-forward their predictions of the catastrophic dislocations and probably disasters that rapid climate change will bring to human societies. Particularly crucial is the pace of sea-level rise.
Most of us, on encountering well-founded discussions of sea-level rise and other environmental impacts of climate change,
say, ‘Wow, that’s really true. That’s really intense.’ And go on living the way we’ve been living.
But how much accelerated coastal flooding will it take before those of us who live — not simply on the seashore — but somewhere near the coast… a category of the world’s, and the USA’s population, that proves to be a strikingly large percentage…. begin to realize that our governments will soon no longer be able to offer flood insurance at reasonable rates? When that recognition starts to settle in, that’s the moment when either life styles start to change significantly; or humanity gives a colossal shrug and sighs, “Well, I guess it’s really too late to do anything about it now.”
Here’s my shrug, written below in the form of a traditional blues song.
The poem appears in the August edition of Verse-Virtual.com. You can find some other poems by me and many poems by many other poets at http://www.verse-virtual.com/poems-and-articles.html.

O, my temperature’s rising
The kitchen fan’s on the blink
My equanimity’s oozing
I don’t know what to think
If things don’t get no cooler…
Gonna drown myself in the sink

Yeah the ice sheet is melting
And the temperature’s zoomed,
But tell me, brother —
How does it help us if we know we’re doomed?

O, the government’s planning
They’re gonna burn up some coal
They don’t care if Paris is burning
Chill politics is the goal
Mister President don’t know ’bout learning
He’s got ice for his soul

Sure I know the ice sheet’s melting
And the temperature’s zoomed,
But tell me, brother —
How does it help me just to know we’re doomed?

Yeah I know the ice sheet’s melting
And the temperature’s zoomed,
But tell me, brother —
How does it help us just to we know we’re doomed?